Selenium (Se) as well as mercury (Hg) may influence the methylation and toxicity of inorganic arsenic, but further research is needed with combination of Inorg-arsenic, Se, and Hg 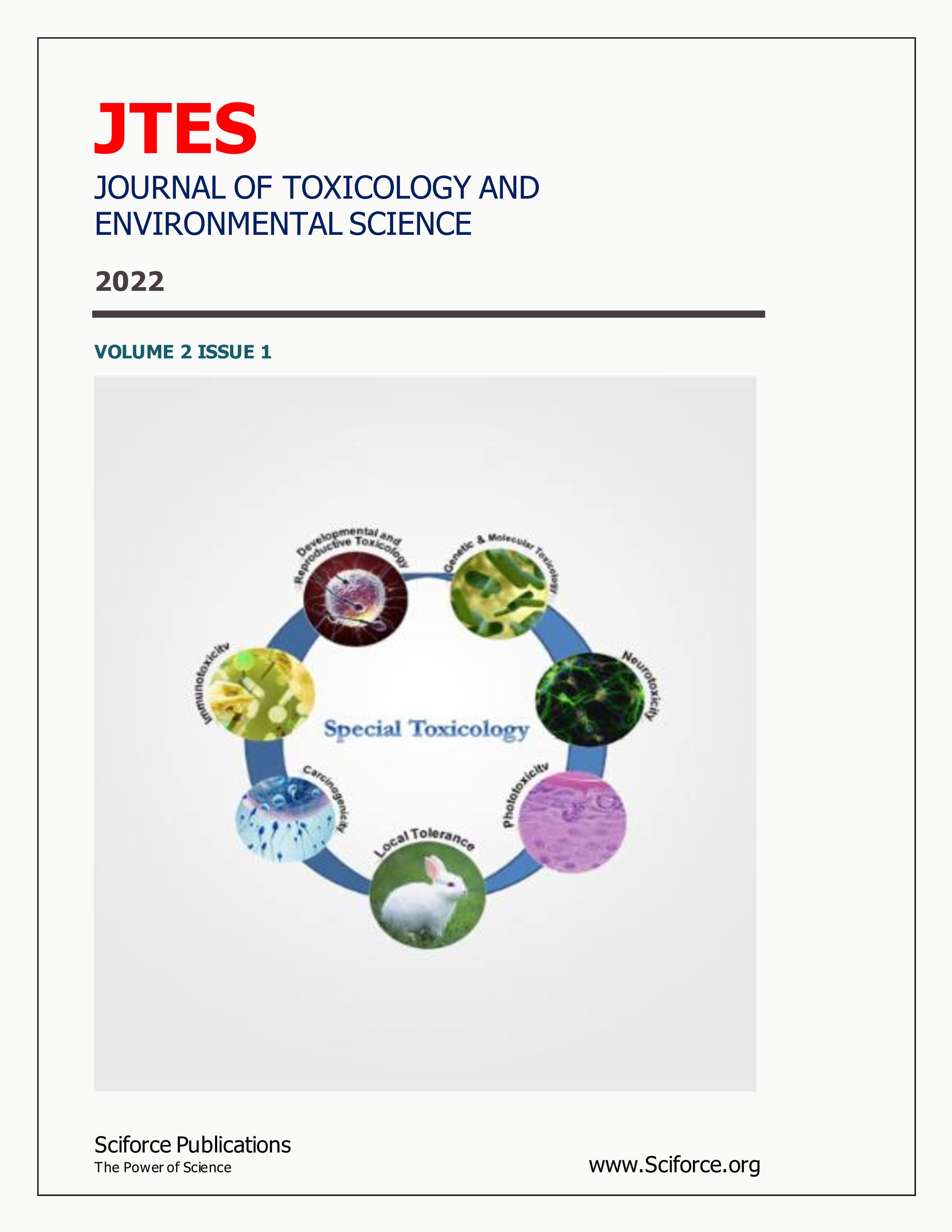 Our studies have indicated that the relative concentration of Se or Hg to As in urine and blood positively correlates with percentage of inorganic arsenic (% Inorg-As) and percentage of monomethlyarsonic acid [% MMA (V)]. We also found a negative correlation with percentage of dimethylarsinic acid [% DMA (V)] and the ratio of % DMA (V) to % MMA (V). In another study, we found that a group of proteins were significantly over expressed and conversely other groups were under-expressed in tissues in Na-As (III) treated hamsters.

Introduction.
Inorganic arsenic (Inorg-As) in drinking water.
One of the largest public health problems at present is the drinking of water containing levels of Inorg-As that are known to be carcinogenic. At least 200 million people globally are at risk of dying because of arsenic (As) in their drinking water1-3. The chronic ingestion of Inorg-As can results in skin cancer, bladder cancer, lung cancer, and cancer of other organs1-3. The maximum contamination level (MCL) of U.S. drinking water for arsenic is 10 ug/L. The arsenic related public health problem in the U.S. is not at present anywhere near that of India4, Bangladesh4, and other countries5.

Metabolism and toxicity of Inorg-As and arsenic species.
Inorg-As is metabolized in the body by alternating reduction of pentavalent arsenic to trivalent form by enzymes and addition of a methyl group from S-adenosylmethionine6, 7; it is excreted mainly in urine as DMA (V)8. Inorganic arsenate [Inorg-As (V)]is biotransformed to Inorg-As (III), MMA (V), MMA (III), DMA (V), and DMA (III)6(Fig. 1). Therefore, the study of the toxicology of Inorg-As (V) involves at least these six chemical forms of arsenic. Studies reported the presence of 3+ oxidation state arsenic biotransformants [MMA (III) and DMA (III)] in human urine9and in animal tissues10. The MMA (III) and DMA (III) are more toxic than other arsenicals11, 12. In particular MMA (III) is highly toxic11, 12. In increased % MMA in urine has been recognized in arsenic toxicity13. In addition, people with a small % MMA in urine show less retention of arsenic14. Thus, the higher prevalence of toxic effects with increased % MMA in urine could be attributed to the presence of toxic MMA (III) in the tissue. Previous studies also indicated that males are more susceptible to the As related skin effects than females13, 15. A study in the U.S population reported that females excreted a lower % Inorg-As as well as % MMA, and a higher % DMA than did males16.

Differences in susceptibility to arsenic toxicity might be manifested by differences in arsenic metabolism among people. Several factors (for examples, genetic factors, sex, duration and dosage of exposure, nutritional and dietary factors, etc.) could be influence for biotransformation of Inorg-As,6, 17 and other unknown factors may also be involved.

The interaction between As, Se, and Hg.
The toxicity of one metal or metalloid can be dramatically modulated by the interaction with other toxic and essential elements18. Arsenic and Hg are toxic elements, and Se is required to maintain good health19. But Se is also toxic at high levels20. Recent reports point out the increased risk of squamous cell carcinoma and non-melanoma skin cancer in those treated with 200 ug/day of selenium (Nutritional Prevention of Cancer Trial in the United States)21. However, it is well known that As and Se as well as Se and Hg act as antagonists22. It was also reported that Inorg-As (III) influenced the interaction between selenite and methyl mercury23. A possible molecular link between As, Se, and Hg has been proposed by Korbas et al. (2008)24. The identifying complexes between the interaction of As and Se, Se and Hg as well as As, Se, and Hg in blood of rabbit are shown in Table 1.

Influence of Se and Hg on the metabolism of Inorg-As.
The studies have reported that Se supplementation decreased the As-induced toxicity25, 26. The concentrations of urinary Se expressed as ug/L were negatively correlated with urinary % Inorg-As and positively correlated with % DMA27. The study did not address the urinary creatinine adjustment27. Other researchers suggested that Se and Hg decreased As methylation28-31(Table 2). They also suggested that the synthesis of DMA from MMA might be more susceptible to inhibition by Se (IV)29 as well as by Hg (II)30,31 compared to the production of MMA from Inorg-As (III). The inhibitory effects of Se and Hg were concentration dependent28-31.

The literature suggests that reduced methylation capacity with increased % MMA (V), decreased % DMA (V), or decreased ratios of % DMA to % MMA in urine is positively associated with various lesions32. Lesions include skin cancer and bladder cancer32. The results were obtained from inorganic arsenic exposed subjects32. Our concern involves the combination of low arsenic (As) and high selenium (Se) ingestion. This can inhibit methylation of arsenic to take it to a toxic level in the tissue.

Dietary sources of Se and Hg.
Global selenium (Se) source are vegetables in the diet. In the United States, meat and bread are the common source. Selenium deficiency in the US is rare. The US Food and Drug Administration (FDA) has found toxic levels of Se in dietary supplements, up to 200 times greater than the amount stated on the label33. The samples contained up to 40,800 ug Se per recommended serving.

For the general population, the most important pathway of exposure to mercury (Hg) is ingestion of methyl mercury in foods. Fish (including tuna, a food commonly eaten by children), other seafood, and marine mammals contain the highest concentrations. The FDA has set a maximum permissible level of 1 ppm of methyl mercury in the seafood34. The people also exposed mercury via amalgams35.

Proteomic study of Inorg-As (III) injury.
Proteomics is a powerful tool developed to enhance the study of complex biological system36. This technique has been extensively employed to investigate the proteome response of cells to drugs and other diseases37, 38. A proteome analysis of the Na-As (III) response in cultured lung cells found in vitro oxidative stress-induced apoptosis39. However, to our knowledge, no in vivo proteomic study of Inorg-As (III) has yet been conducted to improve our understanding of the cellular proteome response to Inorg-As (III) except our preliminary study 40.

Preliminary Studies: Results and Discussion
The existing data (Fig. 1) from our laboratory and others show the complex nature of Inorg-As metabolism. For many years, the major way to study, arsenic (As) metabolism was to measure InorgAs (V), Inorg-As (III), MMA (V), and DMA (V) in urine of people chronically exposed to As in their drinking water. Our investigations demonstrated for the first time that MMA (III) and DMA (III) are found in human urine9. Also we have identified MMA (III) and DMA (III) in the tissues of mice and hamsters exposed to sodium arsenate [Na-As (V)]10, 41.

The protein expression profiles in the tissues of hamsters exposed to Na-As (III).
In our preliminary studies40, hamsters were exposed to Na-As (III) (173 pg/ml as As) in their drinking water for 6 days and control hamsters were given only the water used to make the solutions for the experimental animals. After DIGE (Two-dimensional differential in gel electrophoresis) and analysis by the DeCyder software, several protein spots were found to be over-expressed (red spot) and several were under expressed (green spot) as compared to control (Figs. 4a-c). Three proteins (one was over-expressed and two were under-expressed) of each tissue (liver and urinary bladder) were identified by LC-MS/MS (liquid chromatography-tandem mass spectrometry).DIGE in combination with LC-MS/MS is a powerful tool that may help cancer investigators to understand the molecular mechanisms of cancer progression due to Inorg-As.

Propose a new research
These results suggested that selenium (Se) as well as mercury (Hg) may influence the methylation of Inorg-As and this influence could be dependent on the concentration of Se, Hg and/or the sex of the animal. Our study also suggested that the identification and functional assignment of the expressed proteins in the tissues of Inorg-As (III) exposed animals will be useful for understanding and helping to formulate a theory dealing with the molecular events of arsenic toxicity and carcinogenicity.Therefore, it would be very useful if we could do a research study with combination of Inorg-arsenic, Se, and Hg.

The new research protocol could be the following:
For metabolic processing, hamsters provide a good animal model. For carcinogenesis, mouse model is well accepted. The aims of this project are: 1) To map the differential distributions of arsenic (As) metabolites/species in relation to selenium (Se) and mercury (Hg) levels in male and female hamsters and 2) To chart the protein expression profile and identify the defense proteins in mice and hamsters after As injury.

Experimental hamsters (male or female) will include four groups. The first group will be treated with Na arseniteNa-As(III), the second group with Na-As (III) and Na-selenite (Na-Se (IV)], the third group with Na As (III) and methyl mercuric chloride (MeHgCl), and the final group with Na-As (III), Na-Se (IV), and MeHgci at different levels. Urine and tissue will be collected at different time periods and measured for As species using high performance liquid chromatography/inductively coupled plasma-mass spectrometry (HPLC/ICP-MS). For proteomics, mice (male and female) and hamsters (male and female) will be exposed to Na-As (III)at different levels in tap water, and control mice and hamsters will be given only the tap water. Tissue will be harvested at different time periods. TWO dimensional differential in gel electrophoresis (2D-DIGE) combined with liquid chromatography-tandem mass spectrometry (LC-MS/MS) will be employed to identify the expressed protein.

In summary, we intend to extend our findings to: 1) Differential distribution of As metabolites in kidney, liver, lung, and urinary bladder of male and female hamsters exposed to Na-As (III), and combined with Na-As (III) and Na-Se (IV) and/or MeHgCl at different levels and different time periods, 2) Show the correlation of As species distribution in the tissue and urine for both male and female hamsters treated with and without Na-Se (IV) and/or MeHgCl, and 3) Show protein expression profile and identify the defense proteins in the tissues (liver, lung, and urinary bladder epithelium) in mice after arsenic injury.

The Superfund Basic Research Program NIEHS Grant Number ES 04940 from the National Institute of Environmental Health Sciences supported this work. Additional support for the mass spectrometry analyses was provided by grants from NIWHS ES 06694, NCI CA 023074 and the BIO5 Institute of the University of Arizona.

Acknowledge:
The Authorwantsto dedicate this paper to the memory of Dr. H. VaskenAposhian and Dr. Mary M. Aposhian who collected urine and bloodsamples from Mexican population. The work was done under Prof. H. V. Aposhian sole supervision and with his great contribution.